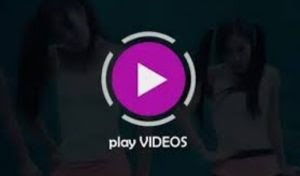 Robotics is a branch of engineering and technology that deals with the design, construction, operation, and use of robots, as well as computer systems for their control, sensory feedback, and information processing. These technologies are used to develop machines that can substitute for human beings and replicate human actions. Robotics is a rapidly growing field that has the potential to revolutionise the way we live and work. In this blog, we will know a little bit about the Robotics and top Universities of Robotics in the USA.

Robots can be divided into two main categories: industrial robots and service robots. Industrial robots are used in manufacturing and assembly line tasks, such as welding, painting, and packaging. They are typically large, heavy machines that are designed to perform repetitive tasks with precision and speed. Service robots, on the other hand, are designed to interact with people and perform tasks such as cleaning, vacuuming, and delivering items. They are typically smaller and less complex than industrial robots.

There are several key terms that are important to understand when discussing robotics. Some of these include

Actuator: A device that converts the robot controller's commands into physical movements.

Sensor: A device that provides the robot with information about its environment, such as the position of objects or the temperature of a room.

End effector: The tool or device that is attached to the end of the robot's arm, such as a gripper or a welding torch.

Degrees of freedom: The number of ways in which a robot can move. For example, a robot with six degrees of freedom can move in six different ways, such as up and down, left and right, and forward and backward.

Path planning: The process of determining the most efficient way for the robot to move from one point to another.

Artificial intelligence: The use of computer algorithms to perform tasks that typically require human intelligence, such as recognizing speech or making decisions.

In short, robotics is a rapidly growing field that has the potential to revolutionise the way we live and work. Robots are used in a variety of fields, including manufacturing, medicine, and space exploration. They are typically controlled by a computer program known as a "robot controller," and are made up of a combination of actuators, sensors, and end effectors. Understanding key terms such as degrees of freedom, path planning, and artificial intelligence is crucial to understanding the field of robotics. Infineon Technologies is a leading provider of microcontrollers, sensors, and power management systems for robots, and plays an important role in the industry.

Robotics in the USA:

The United States has a rich history in robotics, with major contributions from companies such as General Electric, Westinghouse, and RCA, as well as research institutions like MIT and Carnegie Mellon University. Today, the US robotics industry is driven by companies such as Infineon Technologies, which provides a wide range of products and solutions for industrial, automotive, and consumer applications.

Where to Get a Bachelor's Degree in Robotics in the USA?

What Are the Admission Eligibility for a Bachelor's Degree in Robotics in the USA?

Admission requirements for the bachelor's degree in robotics program include a Higher Diploma, GED, or equivalent. Those with associate degrees may also apply for the graduate program. If you're applying with a high school diploma or GED, you must have excellent grades in STEM subjects such as advanced maths, physics, and computer science.

The best schools for robotics graduate degrees set high standards for admission. Students may be required to have at least a 3.5 grade point average (GPA) to qualify for admission. Some schools also require that all prospective students take some post-secondary advanced maths courses.

Way to Get a Bachelor's Degree in Robotics

By meeting all prerequisites for the bachelor's degree of robotics in the USA, you can obtain a robotics degree. Typically, students are required to finish 120 credits altogether, broken down into a core, general education, and elective courses. The easiest approach to finish your curriculum and assignments with a minimum 2.0 GPA is to get a bachelor's degree in robotics.

To pass your program, you must be proficient in coding, computer science, and programming languages. These are crucial abilities that are highly sought after in numerous fields and sectors.

How Many Credit Points Do You Need for a Bachelor's Degree in Robotics in the USA?

You need 120 credits for a bachelor's degree in robotics. Most bachelor's degrees take approximately four years to complete, which equals 15 credits per semester for eight semesters. Certain programs may require more or fewer credits.

Best Universities of Robotics in the USA and  Bachelor Degree Programs: Overview